Mastectomy Should Be a Woman’s Choice 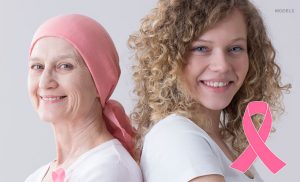 The diagnosis of breast cancer, as any cancer, is earth shattering. Life comes to a screeching halt and a woman is bombarded with scary information and choices. Usually, decisions have to be made in a short period of time. While well intended, family and friends often offer up advice, suggestions, and anecdotal stories about breast cancer experiences. This causes a torrent and it is sometimes difficult for a woman to make a decision on the best way to proceed. They will rely heavily on their physicians’ opinions and often will not seek out second opinions due to the urgency.

There are surgeons who are of the opinion that breast conservation is the best way to proceed, when applicable. Dr. Michael S. Beckenstein,who is a general and plastic surgeon specializing in Birmingham breast reconstruction said, “I know a great surgeon, here in town, who says he wants to be known as the surgeon in Birmingham who is known for doing the least amount of mastectomies. That is fine, however when a woman desires a mastectomy on one or both sides, it should be their choice. Mastectomy should be a woman’s choice!”

Dr. Beckenstein added, “I received a call from a woman yesterday who was at the local university hospital and she asked her surgeon for bilateral (or both sides) mastectomies and her surgeon told her the lumpectomy is a better choice. She listened and had the lumpectomy, but they were unable to remove the entire lesion. They want to return to surgery to completely remove the tumor and follow up with radiation. The patient does not want this and wants bilateral mastectomies, so she contacted me. It is her choice, as discussed in this article, and we will honor it!”

It is well known that the survival rates are the same for mastectomy and lumpectomy patients. But, cancer recurrence rates are higher for lumpectomy patients, and a patient must have radiation in addition to the lumpectomy. Radiation has side effects that are not always pleasant. It is true that a mastectomy is more invasive and, if opted for, reconstruction requires more surgery. However, it reduces the recurrence rates and avoids radiation (barring extensive tumor invasion).

There is also an issue of what could or should be done with the other breast. There is a risk of developing cancer in the other breast that increases throughout a woman’s lifespan. As Dr. Beckenstein said, “In younger patients, the risk of developing cancer in the opposite breast can reach up to 15-30% in a woman diagnosed in her 30’s, when she reaches her 50’s and 60’s. For some women, this risk is too high and opting for removing both breasts is a reasonable thought.”

Dr. Beckenstein added, “I see patients quite upset when they get called back for a second mammogram, need an ultrasound, or a biopsy of the other breast. They have to go through the entire, stressful process all over again, hoping they do not have breast cancer again. Imagine that stress and worry thinking, ‘I hope I don’t have to go through this again, what if it is worse this time?’ By choosing to remove both breasts, this scenario is non existent and these ladies can get on with their lives a little less stressed.” Insurance companies do allow for women to have both breasts removed with reconstruction, therefore, they agree with this choice as well.